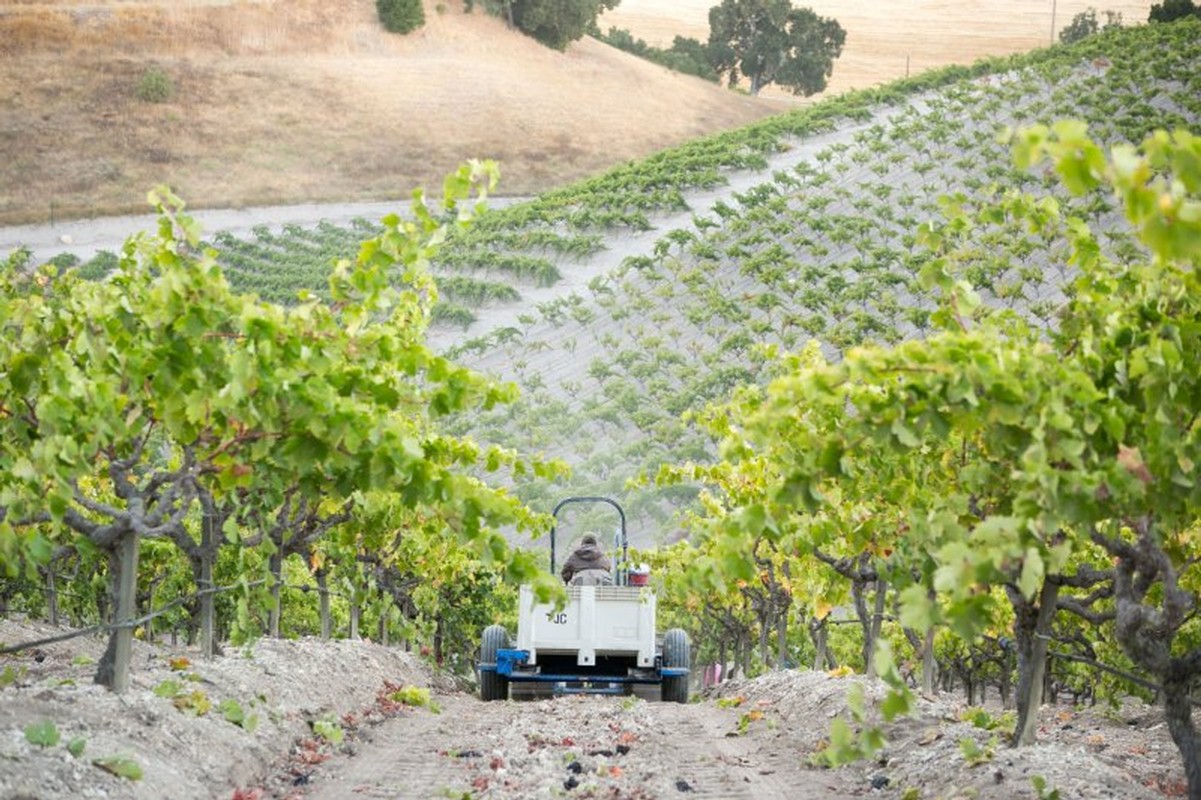 Location
Off Las Tables Road, 11.75 miles from the Pacific ocean.

Saint Peter of Alcantara Vineyard is located off of Las Tablas Road, approximately 6.3 miles from Le Cuvier Winery, and about 11.75 miles from the Pacific Ocean. The vineyard lies to the west of Paso Robles within the Willow Creek District, which is an American Viticultural Area characterized by a strong marine influence, hilly terrain and lots of limestone-rich calcareous soil. Willow Creek receives between 24 and 30 inches of rain per year, making the District a good candidate for farming vines without use of irrigation. The site is steep, and the planted acreage ranges in elevation from 984 to 1,101 feet.

The Property totals approximately 42 acres and was acquired by owners Ishka and Mareeni Stanislaus in 1997. The Stanislaus’ arrived in Paso Robles in 1996 when Mareeni, who is an OB/GYN, was recruited by the local hospital. Both originally from Sri Lanka, the Stanislaus’ named the property after Ishka’s grand uncle, a Catholic priest, who, when he passed away was remembered as the greatest mind in the British Empire. Ishka and Mareeni also produce wines from their vineyard under the Guyomar label, which itself was named after Mareeni’s father.

The vineyard was planted in 1998 and totals 35 net vineyard acres.

The entire vineyard is dry-farmed and head-pruned, meaning that the vines are individually trained to a stake rather than strung together along a wire trellis. Dry-farmed means that the vines need to survive on available water retained by the soil during the winter rainy season. The vast majority of commercial vineyards have grape yields largely governed by relative levels of irrigation and fertilization provided by the farmer; conversely, grape yield from dry-farmed vines grown on rough, rocky soils is very low because each individual vine is restricted by the natural limitation on resources where the vine grows. This results in grapes with highly concentrated, small-sized berries filled with site-specific personality.

Ishka, who comes from a long line of coconut farmers, figured that grape vines were more or less the same as coconut palms. He takes a hands-on role in the vineyard and farms the property with the reluctant forbearance of his wife and children.