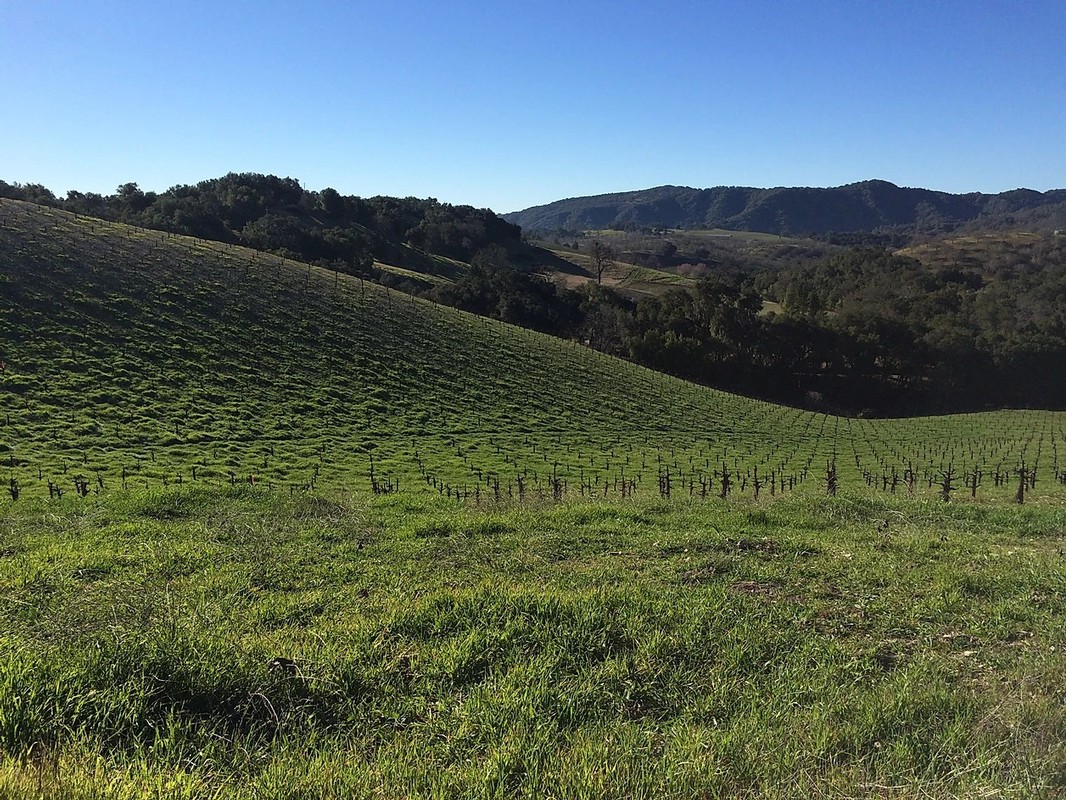 Location
Off Willow Creek Road, 12 miles from the Pacific ocean.

The vineyard lies to the west of Paso Robles within the Willow Creek District, which is an American Viticultural Area characterized by a strong marine influence, hilly terrain and lots of limestone-rich calcareous soil. Willow Creek receives between 24 and 30 inches of rain per year, making the District a good candidate for farming vines without use of irrigation.

Le Cuvier sources a portion of its Cabernet Sauvignon and Zinfandel from 4Hearts.

The Property totals 37 acres and was acquired by owner Willie Newman in 2005. Willie, who is a mortgage banking executive in Ann Arbor, Michigan, says that he chose the “4Hearts” name  based on those closest to his heart – his three daughters and his girlfriend Ally.

The entire vineyard is dry-farmed and head-pruned, meaning that the vines are individually trained to a stake rather than strung together along a wire trellis. Dry-farmed means that the vines need to survive on available water retained by the soil during the winter rainy season. The vast majority of commercial vineyards have grape yields largely governed by relative levels of irrigation and fertilization provided by the farmer; conversely, grape yield from dry-farmed vines grown on rough, rocky soils is very low because each individual vine is restricted by the natural limitation on resources where the vine grows. This results in grapes with highly concentrated, small-sized berries filled with site-specific personality.

Steve Crouch, a well-respected local manager who specializes in dry-farmed, head-pruned vineyards, was the architect and initial vineyard manager. Steve is now “manager emeritus” and James Hall has taken over day-to-day management. James also manages the Kirk-Landry Vineyard located off of Chimney Rock Road within the Adelaida appellation.