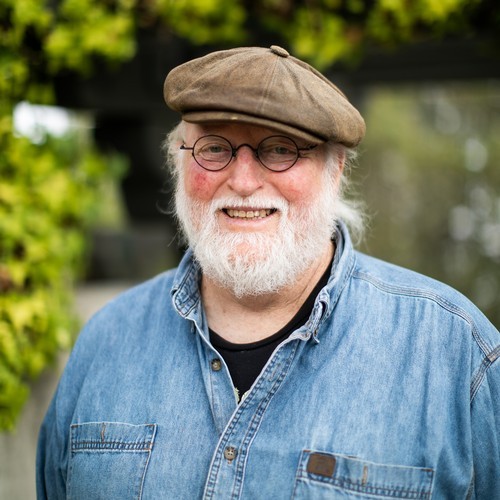 The origins of Le Cuvier's original winemaker & co-owner harken to another land & time. While out crabbing, the Chupete Indians of Costa Rica found Munch, a toothless toddler, amongst mosquitoes & mangrove roots in the littoral swamps of the Caribbean coast. The particulars of his birth & lineage remain unclear. In his formative years, it is said, Munch was taken from the Chupete tribe by a missionary dragline operator & his wife, & variously educated in secular & missionary schools throughout Central America. He ultimately completed his education in California, where he almost acquired a post-graduate degree in early West-Saxon poetry.

Munch has gained a fine reputation as founder & winemaker of several failed winery operations in the Paso Robles area, & with partner Mary Fox, he now persists in running Le Cuvier winery. As Wine Herd, Munch sees his role as shepherd to the "feral beasties" that accompany the finest fruit from the finest vineyard into the winery, allowing grapes to interact and ferment in their own natural state, free of intervention from such effete constructs as commercial strains of yeast. Providing the right musical sound track to enhance this ideal environment appears to be his only useful contribution to the winemaking process. 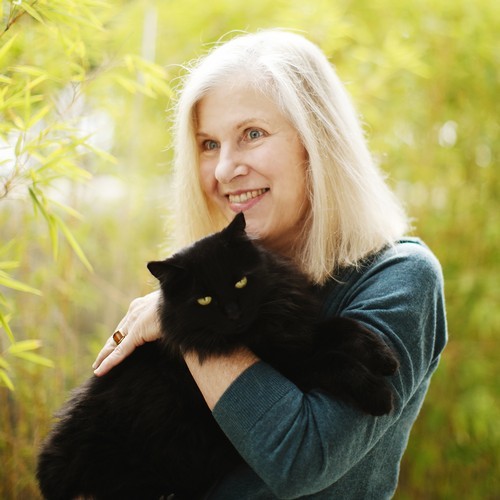 Mary was researching the possibility of investing in vineyard property on California’s Central Coast in 2000 when she serendipitously engaged Munch as consultant for her project. She soon became entrapped by the glamour & deeply refined complexity of the Le Cuvier operation, & shortly thereafter joined Munch as an equal partner in the winery. In addition to her considerable professional skills, Dr. Fox also brought much needed cash to the partnership. She appears to have found a life project in her new association, where she now applies all her energies in an attempt to create organizational order.

Favorite Variety: Depends on the food. 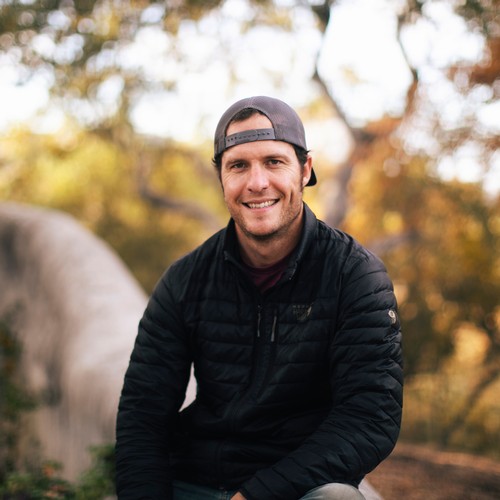 Clay joined Le Cuvier in February 2013. He comes from winemaking stock - his family owns & operates Cayucos Cellars, where Clay toiled in all aspects of the business before we lured him to our hilltop winery. He is uniquely familiar with Le Cuvier wines, as the Selkirks engage in similar winemaking practices at Cayucos Cellars - wild yeast fermentation & extended barrel aging, most notably. In addition to managing cellar operations, Clay often represents Le Cuvier at events, does the vast majority of our manual labor, and provides lots of feedback on our food pairing creations. He really likes that part of the job. 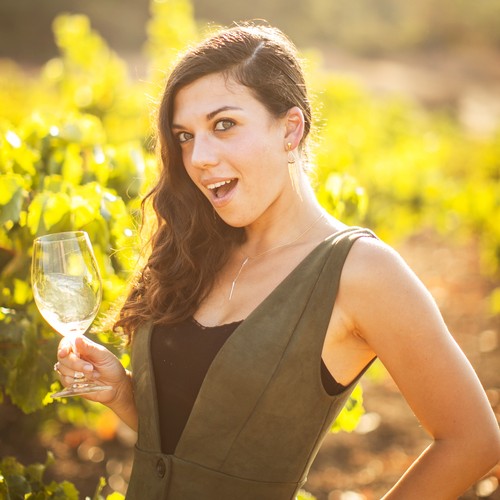 Born and raised in Transylvania, the land of vampires which, for good reason, also has one of the highest per capita consumption of red wine in the world, Mika moved to the US (Los Angeles) in late 2003 with a struggling vocabulary (now clearly overcome) and a passion for learning. In 2005 she moved to San Luis Obispo in order to learn by doing at Cal Poly SLO, and her passion quickly migrated to the local wine industry in the early months of 2009.

At Le Cuvier, Mika enjoys the dynamics of our fabulous team, the offered guests experiences, having an onsite commercial kitchen and pairings to brag about, as well as the fabulous hilltop view. 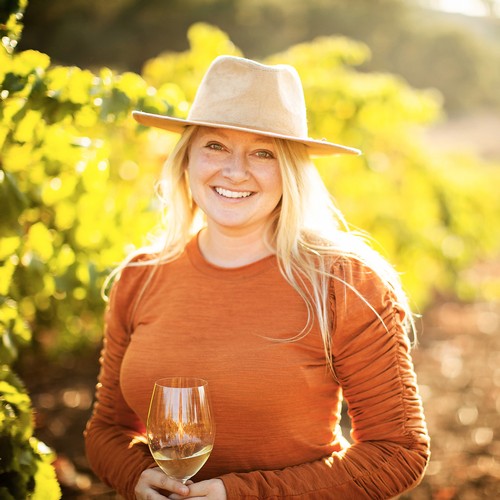 Miranda is what you might call a hardcore LC fan from way back. She was born and raised in Paso Robles and has been enjoying Le Cuvier wines from the moment she reached legal drinking age, and absolutely no sooner. Her in-laws were longtime Le Cuvier wine club members and friends of our proprietor’s brother, they introduced her to the wines and in 2014 Miranda signed up for the Elliptical society. Some time later, she was tasting at the winery every weekend when one day Mo said, “do you just want to work here?” to which Miranda replied, “is that a choice?”… and the rest is history. Miranda and her husband Jeremy have a small ranch in San Miguel where they live with their three dogs, two goats, and countless chickens. On their land they grow Cabernet Sauvignon and hope to make their own wine one day soon. Miranda is a positive ray of sunshine to all those who cross paths with her. From working in special education for 15 years to spending her summers as the director of programs for Camp Natoma, Miranda has a big heart and lots of love for her home here on the central coast. 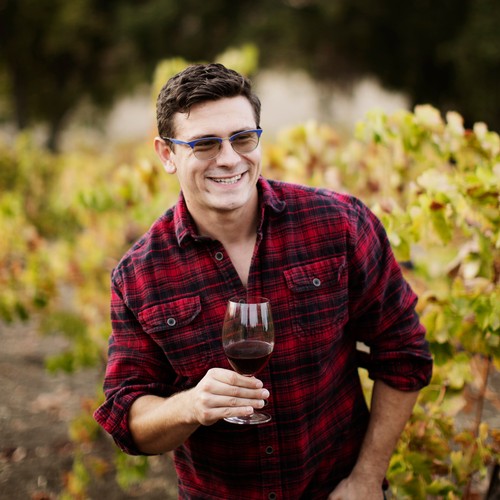 In May of 2020, Robert left LA for a three-month road trip across the United States. His last stop was right here in Paso Robles, California. In his small hometown of 40,000 people, Robert had worked at a tasting room where he first heard about this up-and-coming wine hotspot known as Paso Robles. Over the last four years, he has been venturing up to the central coast to taste the wines that Paso has to offer. He soon found that he was in love with the culture of the wine industry and the down to earth people who make it. When he ended up here earlier this year, it felt right to set up camp and re-enter the wine industry. He found himself at Le Cuvier, where he brings endless positivity and an extreme ability to solve problems, or as he calls them: obstacles. Robert is interested in wine education; he has his WSET 2 and is hoping to continue on to WSET 3. 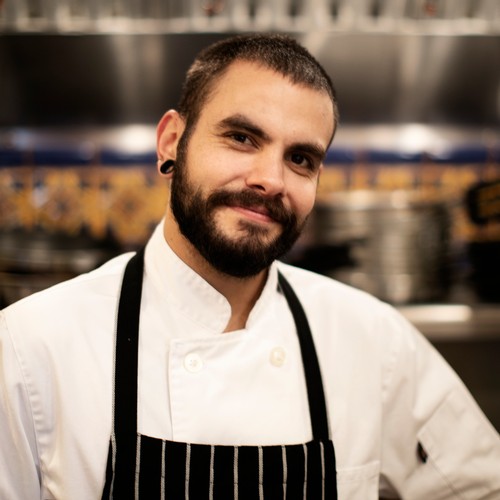 Daniel was told by a fellow chef that Le Cuvier would be a great fit for him, so he applied and found himself transitioning from a restaurant setting and managing an entire staff to being the only chef in the kitchen. He has full creative freedom, only restricted by the challenges brought by the nature of the job. There is a certain precision and attention associated with pairing food to wine that is both challenging and exciting. In his position here at Le Cuvier, he is able to expand his creativity and focus on cooking locally, organically, and with the seasons. Chef Daniel now works with his sister Rachael Zollo, as his sous chef. Their family bond creates a symbiotic relationship in the kitchen that is second to none. Daniel brings an outside of the box approach to cooking and is always there to bring a fun element into the workplace. 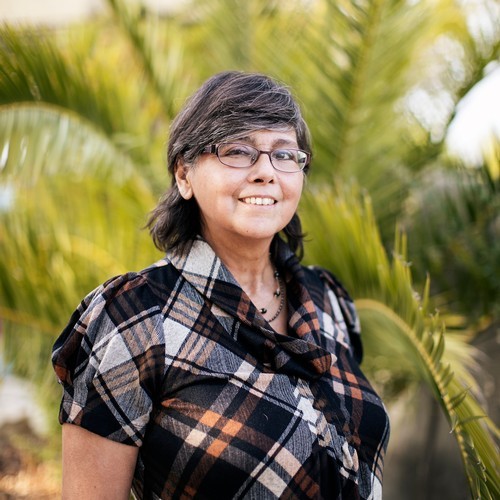 Diane’s is a recognizable face at Le Cuvier. She has had the honor of working at all three of Le Cuvier’s locations over the years: the original little red farmhouse on Adelaida Road, the rustic barn with its funky blacklight restroom, and finally the Vine Hill home property winers (she dubs ‘the Taj Mahal’). She moved to San Luis Obispo county in pursuit of adventures in her trained profession of journalism, before she and her wine-loving husband became thoroughly distracted by the allure of the region’s wine world (in particular the maverick antics of one Mr. John Munch). During her affiliation with Le Cuvier, she has served as wine club administrator, tasting room host, marketing muse and overall Elliptical pontificator. Now she assists the staff in all aspects of sales, promotion and good will, providing occasional witticisms to the staff and our members. As the longest tenured employee, she knows where the bodies are buried, but pleads the Fifth and changes names to protect the innocent. 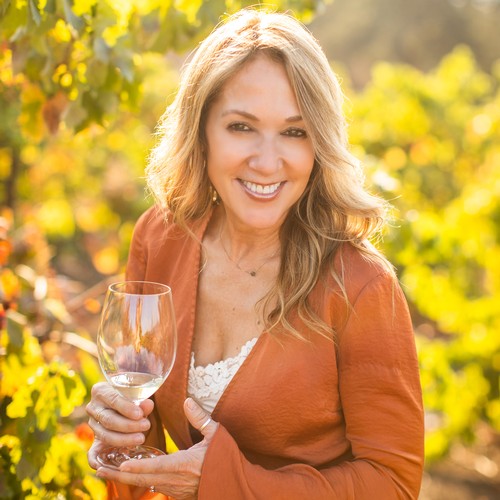 Our wonderful Mo lived in Tahoe for 20 years before she moved to Paso Robles to start a small business. That particular business venture did not go into fruition, and as fate would have it, she ended up in the wine industry. When she came to Le Cuvier, she was looking to learn all aspects of winemaking, something that is more possible at such a small boutique winery. She has been at Le Cuvier for just over ten years and continues to feel fortunate and thankful everyday that she gets to live in such a beautiful place and work at such a great establishment with awesome people that she creates lifelong memories with. With her sales background, Mo brings both passion and style to our member and guest outreach. Her favorite thing about working at Le Cuvier is having the chance to be a light in someone’s day, no matter if they are buying wine or not. Mo is always around to give hugs and treats to all the fur babies who venture up to the winery, so don’t hesitate to bring up a doggo or two just for her! 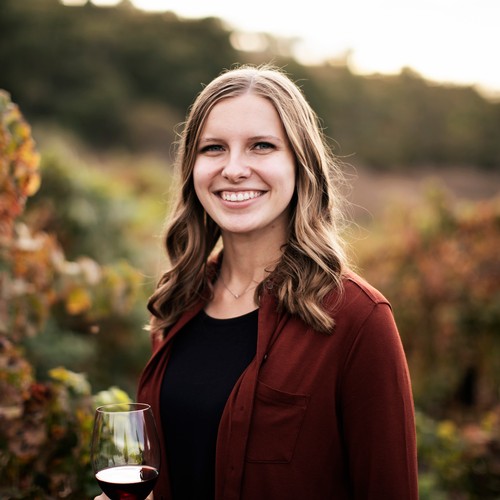 the one from Wisconsin

Emily graduated virtually in May with a degree in Human Resource Management in Wisconsin and promptly got a job here at Le Cuvier at the beginning of June. She and her fiancé, Brandon, had been doing long distance for four years, so when the pandemic hit, Emily finally made the jump over to California living. Emily was born and raised in Wisconsin, so working in the wine industry was outside of her comfort zone at first; after all, Wisconsin is known for beer and cheese! When she started here, she could tell you the difference between a white and a red, but that was about it. Starting as a dishwasher and moving her way up in the business, Emily has gained extensive knowledge about Le Cuvier from the bottom up. She brings customer service and human resources experience to the table and is excited to continue working closely with our members and building lasting relationships with the Le Cuvier family. 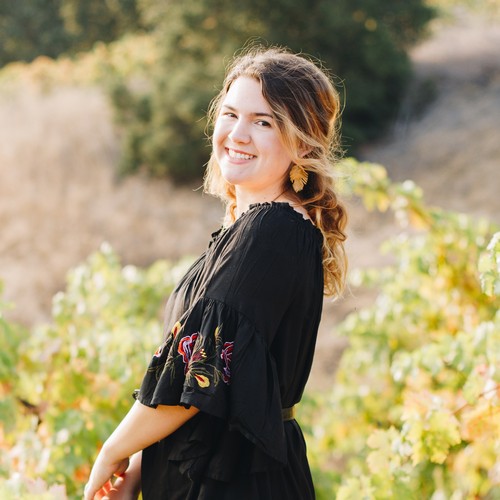 Fiona is a California grown, organic, locally-sourced college graduate with a degree in Art & Design from Cal Poly SLO. From graduation to travel plans and big NYC dreams, coronavirus has halted many of Fiona’s 2020 aspirations. Like everyone else in the world, Fiona forged an alternate path. She was taken in by her best friend Robin’s family out on a farm in the hills of Adelaida, where she helps out with farm work and hangs out with dogs, cats, goats, chickens, horses, and the occasional cow. The Osgood Family encouraged Fiona to get a job at Le Cuvier, as they have known our winemaker for many years. Fiona started out as a dishwasher in June and has since worked her way up to being a Jack of many trades: resident photographer, videographer, menu maker, and flower girl. 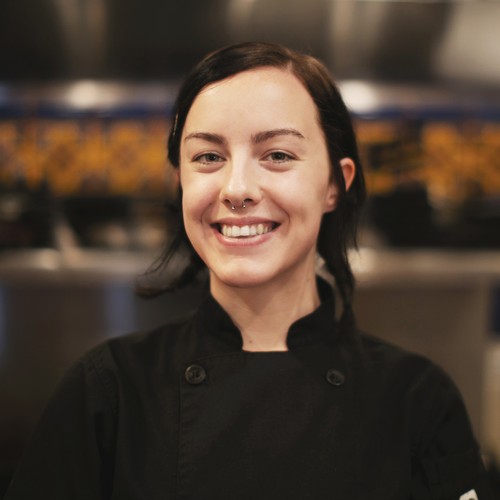 Rachael has a long history working in kitchen environments, from working in the front of house all the way to being a lead cook at a restaurant in Paso Robles. She has had many mentors over the years, one of which is her brother Daniel. Daniel has taught Rachael a lot about the industry and continues to mentor her here at Le Cuvier. In her own words, she brings “lots of weird energy” to our team, and in our words, she is a bundle of laughs and joy. She recently turned 21 and has been having fun experimenting with learning about her palette and how to understand pairing wine with food. Rachael looks forward to continuing to serve our Elliptical society members and guests providing a one of a kind experience only the Zollo culinary team could produce! 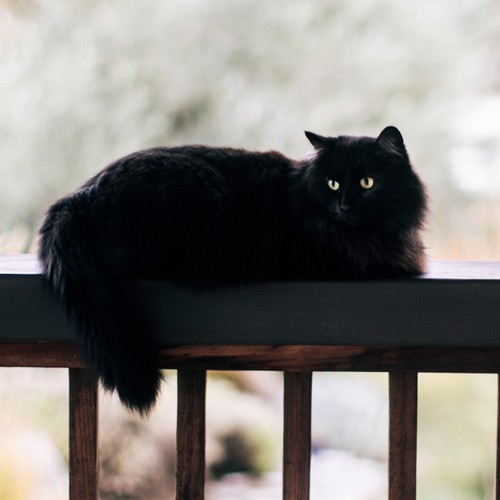 Otis, affectionately called "Oatie" and "Mr. McFluffers," is the most treasured wild beastie here at Le Cuvier. He saunters around the parking lot, always on a secret mission. What mission you ask? Well he keeps his eyes focused on any open windows in the stagnant vehicles of unsuspecting guests. Once he zeroes in on an open crevice leading into a beautiful SUV, he prepares for the jump. It is there, in the driver's seat of a guest's vehicle that he finds true peace.