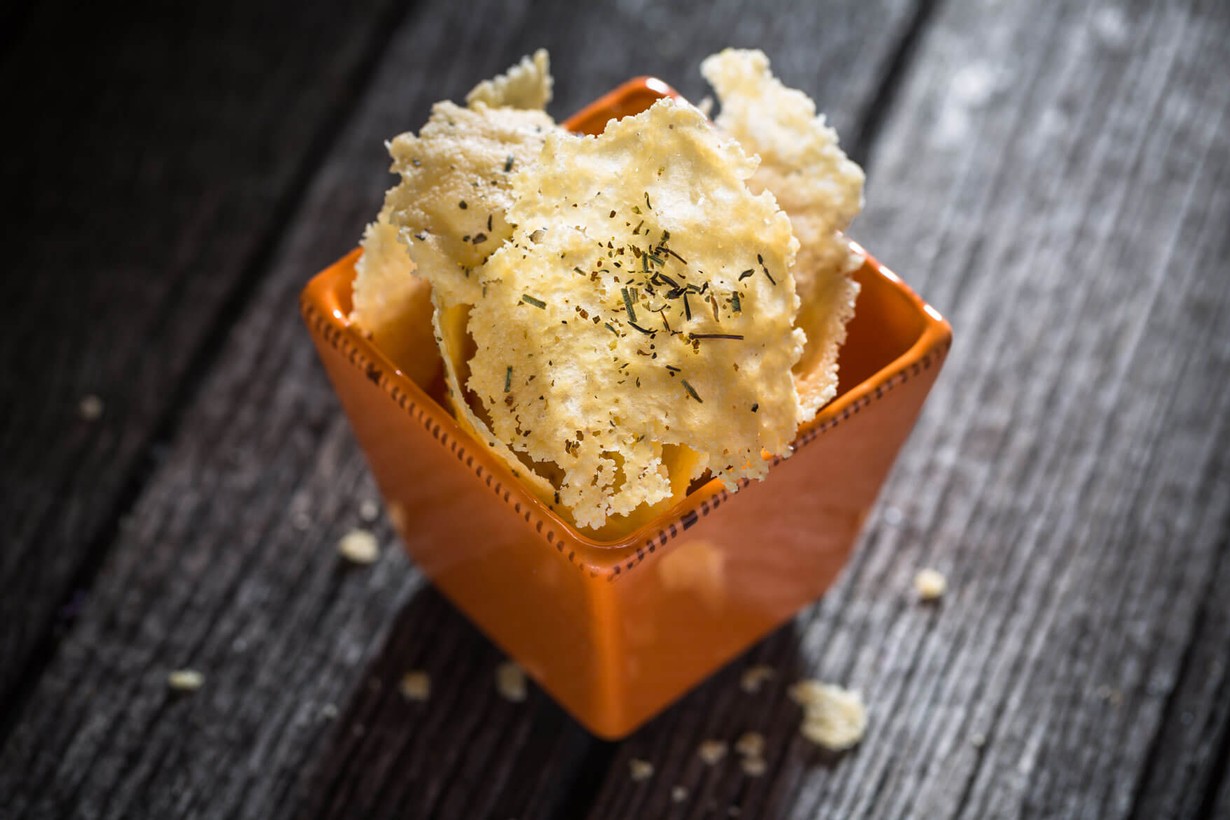 Preheat oven to 300 degrees Fahrenheit. Remove mushrooms stems and place caps in large mixing bowl. Toss with extra virgin olive oil until evenly coated. Lay mushrooms on a sheet pan, cap side down. Lightly coat with salt. Bake for 15 minutes or until tender. Remove from oven and set aside to cool. Once cool, cut each portobello cap into 9 similarly sized portions.

Raise oven temperature to 400 degrees. Spread shredded parmesan in an even and overlapping pattern on baking tray. Bake for 15 minutes or until lightly golden and crispy. Pat down with paper towel to remove excess oil. Set aside to cool. Once cool, cut or break into appropriately sized pieces.

To serve: place a small amount of aioli on top of mushroom, followed by one shard of parmesan tuile.