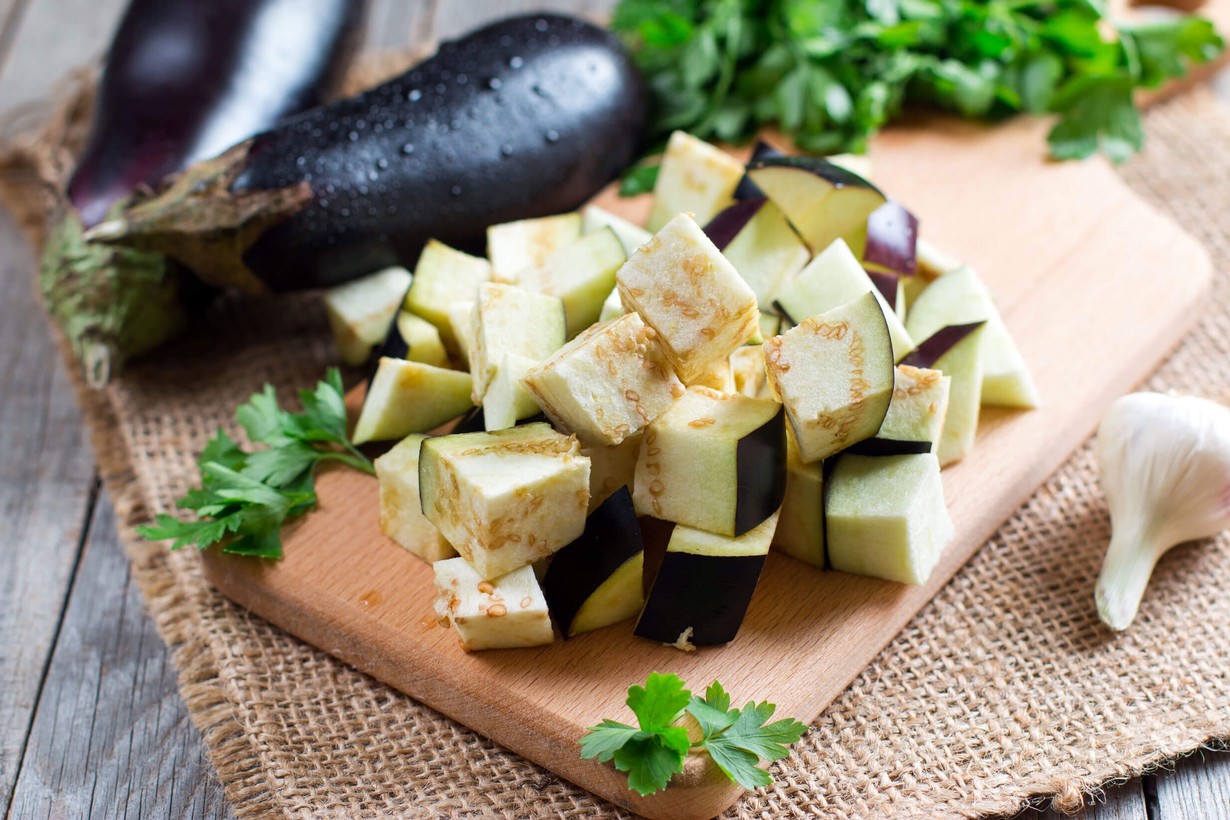 Recipe Date:
January 1, 2020
Serving Size:
10
Cook Time:
00:40:00
Difficulty:
Easy
Measurements:
Imperial (US)
This is a simple, clean dish to execute. It may be used as a main dish or as an hors d’oeuvres with wine.
Ingredients
Directions

Whisk all vinaigrette ingredients together in small mixing bowl.

Pre-heat oven to 300 degrees Fahrenheit. Transfer cut and peeled eggplant into mixing bowl and toss with vinaigrette. Place on a parchment paper lined baking tray. Cook for 15 minutes in the oven or until tender. Once tender, pull eggplant from oven and set aside to cool.

To serve, place dollop of whisked Mascarpone onto top of eggplant squares, followed by a touch of finely chopped sundried tomatoes. Garnish with finely chopped basil.