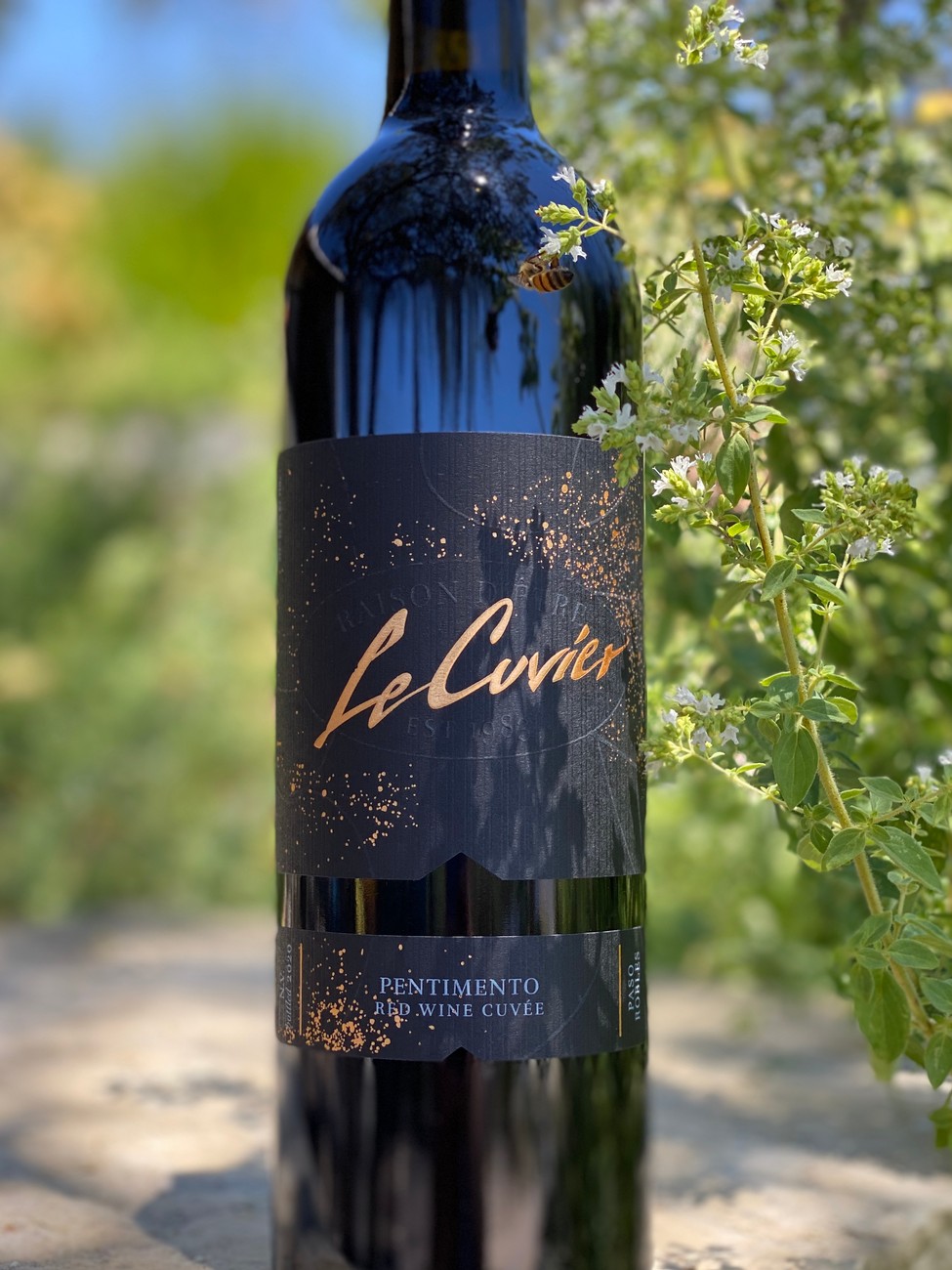 Oh, those poor starving artists! New canvas is so expensive, & of consequence it has often been the case that a painter will simply overlay an old painting with a fresh image, especially when the purse strings are being stingy. Sometimes the ghost of the original painting bleeds through the layers of the new image, & when that happens the effect is called “pentimento.” Though the term ironically shares an etymological root with “penitentiary,” we view Pentimento as a vinous canvas where younger wines overlay elements from each & every Pentimento we have ever bottled. Thus, each year’s blend begins with a portion of the previous year’s Pentimento which has been reserved in barrel. To this we overlay varying amounts of wines that we have also reserved in barrel from previous years, the youngest of which is generally approaching 4 years in barrel. In this manner, every Pentimento includes wine going all the way back to the 1998 vintage, which was the very first vintage used in our very first Pentimento bottling. Now that you understand the Darwinian evolution of this Pentimento, perhaps a few descriptive words are in order: the hue is carmine tinted with crushed scarlet cranberry, while the nose is patrician, as elegant & regal as the snout of a very rich dowager, & withal there is a unifying scent that clearly bespeaks experience & reputable old money. The mouth is perfectly filled with luscious sun wrinkled cassis clotting at the core, & there are lashings of thick, voluptuous blackberry, smoke-roasted coffee bean & a fine whiff of forest humous from which a treasure of autumn’s black truffles have just been harvested. Waggle your tongue around the dainty chew of licorice & mint, & you will find all elements reposing quaintly within an exquisitely dovetailed box of cedar & sweet yew. The total experience!